Arabic is a beautiful, oft-confounding, and witty language. For example, if you want to let someone know that they are funny, one way to do so is to tell them “damak khafeif (دمك خفيف).” Although this means “you are funny,” it literally translates as “your blood is light.”

Oftentimes translating words from English to Arabic is difficult. As a result, various gymnastics are done to try to form these new linguistic constructs. A favorite of mine is one of the translations of “frisbee.” The most common one I have heard is qurus ta’ir (قرص طائر), which translates literally as “flying disc.” Of course, this is a pretty standard rendering in English. My favorite, though, is the less-used sahin ta’ir (صحن طائر): “flying plate.”

I chose to focus on the translations of frisbee because (1) I find them delightful and (2) Ultimate Frisbee has been a surprising source of deep connections for me over the past month.

In August, I was reminded just how much I love playing Ultimate while at YAGM orientation in Chicago. My friend Gracia brought a frisbee and initiated regular games that commenced nearly every day after lunch. She and another YAGM named Owen had played in college, and were obviously the most seasoned “frisbee-ers.” Yet, people ranging from beginners to these grizzled vets joined in the (surprisingly exhausting) fun. I left Chicago having initiated great relationships with many other YAGM, but there was a special connection made between those of use who regularly played frisbee. 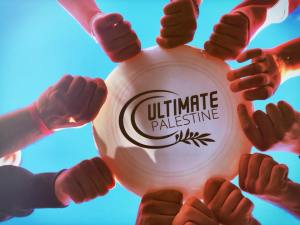 In my previous blog, I cited a profound experience our group had while hiking with a local Palestinian through the Wadi Makhrour valley in Beit Jala just a few days after arriving. Something else significant happened that day, as well.

Before the hike we parked in front of a school in Beit Jala. I noticed that there was a large group of local youth throwing frisbees together on their athletic field. My extroverted side decided it would be a good idea to walk up and ask them if they play regularly. I got some weird looks at first – most Palestinian youth are not used to an ajnabi (foreigner in Arabic) like me busting into their practice. As turned out, however, this was just a two day-long introduction to Ultimate put on by a local teacher and community leader named Daniel.

I was shocked, as I had met Daniel once three years ago when I lived in Bethlehem for a month conducting research. We chatted for a minute, and then in subsequent conversations I learned that he and a young man named Ibrahim were aiming to start an Ultimate Palestine team in Ramallah. They invited me to help get it off the ground and I enthusiastically agreed.

We have now had three practices and I must say that they are consistently the highlight of my week. The Palestinians here are incredibly competitive and talented, which makes for a two-hour session of full of laughs, lay-out catches, and, sometimes, a frustrated Phifer (especially when Na’el scores the final point after burning you).

For me, the most meaningful aspect of this surprising community is the people. Ultimate Palestine has facilitated the formation of friendships that I am sure will only deepen as the year goes on. In particular, Ibrahim (the guy Daniel connected me to) has become one of my best friends. I really believe this friendship (and, inshallah [God willing], others as well) will last far beyond this year.

Further, these individuals embody the tenacious, life-giving spirit of Palestinian people who refuse to allow the weight of military occupation to choke their ability to find joy in play. Even though it takes a number of the players from Beit Sahour (a town near Bethlehem) about two hours to traverse a distance that would only take 30 minutes if there were no checkpoints, they come. They compete. They advocate for justice. And, they live.

So, as of now, I am surprisingly thankful for that trusty old Flying Plate, and for the people like Ibrahim, Daniel, Jiana, Na’el, Eli, Dan, and more who have become my friends through Ultimate Palestine. 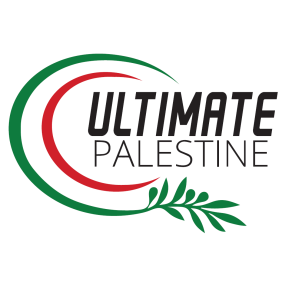 Trying to find my way in a world that often times does not make much sense. I find life in reflecting on religion, meaning, politics, medicine, justice, peace, and more. View all posts by Phifer Nicholson

One thought on “Flying Plates and New Friends”